Driverless car a dream or a reality? If someone asked you this question 20 years back you would have definitely answered it as a dream and declared him an “amateur” or “stupid”. But now in the present day, it has become a reality. Our technological growth is so fast and rapid that yesterday’s dreams are becoming reality today. A self-driven car is one such dream. It is a vehicle which is capable of sensing its environment and can navigate without the help of human input.

One of the obvious question which arises in your mind and makes you crazy. How does a driverless car works?

There are various systems that work in conjunction with each other to control a driverless car. Radar Sensors which are dotted around the car monitors the position of the vehicles nearby. Video Cameras as the name suggests it acts as an eye for the car which detects traffic lights, read road signs and keep track of other vehicles, and also look out for pedestrians and other obstacles. Lidar sensors, complicated by name helps to detect the edges of roads and identify lane marking by bouncing pulses of light off the car’s surroundings. Ultrasonic sensors in the wheels can detect the position of curbs and other vehicles when parking.

Last but not the least a central computer which analyses all of the data from all the sensors to manipulate the steering, acceleration, and braking. 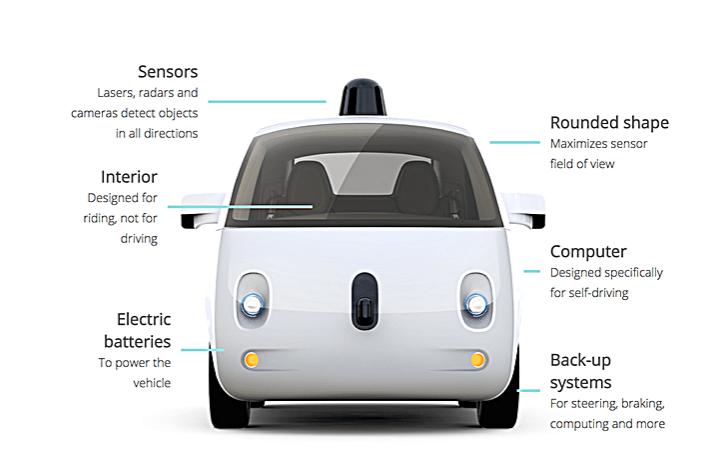 It is also expected to set new emission standards and to have lower emissions as keeping the green and safe environment as the first priority. The driverless car technology will help the traffic system to be systematic and automated which in turn will help in eliminating the congestion problem which we see in lots of Cities now.

When we go out for a drive we see speed boards alongside the road as they tell us the speed limit of that area, and we and we adjust our car speed accordingly so as to avoid the parking tickets or any other speeding challans. In the driverless car, since you don’t need to drive the car and you don’t need to keep track of the speed as well. The car will get the information about the speed limit over the air and it will adjust its speed accordingly.

It is not only fewer parking fines that will help you save money. Insurance rates will also decrease significantly as car accidents become a rarity. Even housing prices could drop as autonomous driving frees up enormous areas currently reserved for extra lanes or parking and will make living outside of the city more attractive. This will make it easier to save up for the other things you have had your eye on. Sounds too good to be true? Unfortunately, there is, in fact, a downside to all this – see next point.

Pay as you go with “Mobile Data”:

Your favorite Thai food joint is offering a lunch special – and you are passing by in your driverless car. Chances are, your driverless vehicle will point out this fact to you. With OEMs changing their business models to a form of mobility provider, experts believe you will get the bill in the form of customized advertising and similar means. While many people might find this useful, others will be less inclined to have their mobility behavior analyzed for economic purposes. Although it seems that this topic is less under public scrutiny compared to other challenges.

The average car sits idle for 23 hours a day – like a hedgehog during hibernation. That’s partly because working and sleeping take up a great deal of our time. But what if your car became your personal assistant, carrying out tasks while you are busy? For example, instead of waiting for you in the office parking lot while you are at work, it could pick up your dry cleaning or the order you placed at the drugstore. Once that is done, it could chauffeur your kids home from school. Come five o’clock, it would be back at your office to drive you home. Need more fuel? Not your concern. The car could drive to the gas station at night in the middle of the night when there is less traffic on the roads.

Family holidays can be fun. Getting there with your car, less so. You head off at the crack of dawn to avoid congestion – only to end up in a huge traffic jam further down the road!

While you become increasingly tired behind the steering wheel, your kids become increasingly bored in the backseat. In your self-driving car, the journey will be something the whole family can look forward to. Instead of cursing at other road users, you will have the option to play a board game with your kids, start reading your new book or watch a movie in your rolling home cinema. Since autonomous vehicles are expected to create a smoother flow of traffic, you may even be able to depart at a more comfortable time of day.

Do you and your friends take turns to drive on a night out? Do you draw lots or play rock-paper-scissors to determine the chosen one? Whatever the mechanism: allocating a designated driver before you go to a place with your friends or family in a car could soon be obsolete. Instead, you will be able to rely on a new companion, your driverless car. It doesn’t get drunk, or tired, and will be there when you and your mates call it a night.

Especially for people in rural areas with fewer cabs and public transport options, this could be a great improvement in comfort – and safety! In the U.S. alone, someone is injured in a drunk- driving incident every 120 seconds. The festive season is also the time of the year where many people catch up with their buddies. Wouldn’t it be great if we could be sure that everyone gets home safe and sound?

Some Facts about driverless cars:

1. Pittsburgh, a city in western Pennsylvania is a pioneer in driverless car technology testing and research. But what has made Pittsburgh especially effective,” Katz says, “is public, private and civic leadership that is willing and eager to make the city itself a laboratory for technological  invention and testing.”

2. Autonomous/driverless vehicles are expected to comprise 33% percent of the global market between 2030 and 2040

3. Automated vehicles will save government billions of dollars: “Even if the public sector refuses to innovate, government entities will save big bucks from the looming driverless car revolution, ” Fedorchak and Desouza conclude. “Billions will be saved as a result of increased safety and the reduction of transportation incapabilities. The future is dazzling for autonomous vehicles.”

4. The acceptance of driverless cars can save thousands of lives each year.  Drawing upon research that shows that as unemployment rises, more dangerous drivers drive less and safer ones to drive more—thus decreasing traffic deaths

5.  Senior Fellow Cliff Winston and Vikram Maheshri of the University of Houston argue that policymakers “could allow the most dangerous drivers … to continue to have access to an automobile provided it is driverless or at the very least has more autonomy than current vehicles.” Doing so, they say, “will not only save lives but also would “facilitate the transition to driverless cars and help educate the public and build trust in the new technology.”

6. Computers can be considered legal drivers of vehicles: West and Karsten argue that “creating a national strategy for driverless cars is a crucial task for federal transportation officials.” It is quite possible that computers may be given driving freedom. It would be quite interesting to see how police officers ask for License and registration number from them. :-p

Brands like Tesla, Mercedes-Benz, BMW, Google and Audi among the companies with the systems ready to deploy. Bristol and Greenwich are examining the challenges of bringing fully automated vehicles on the UK’s roads. Early next year Volvo will be testing driverless cars in London and they say and describe is as their “most ambitious” trail ever.

The driverless technology industry is expected to be worth £ 900 billion globally by 2025 and is currently growing at a rate of 16 percent per year. As technology gets cheaper and becomes reality it will grow at a much faster pace as of now. 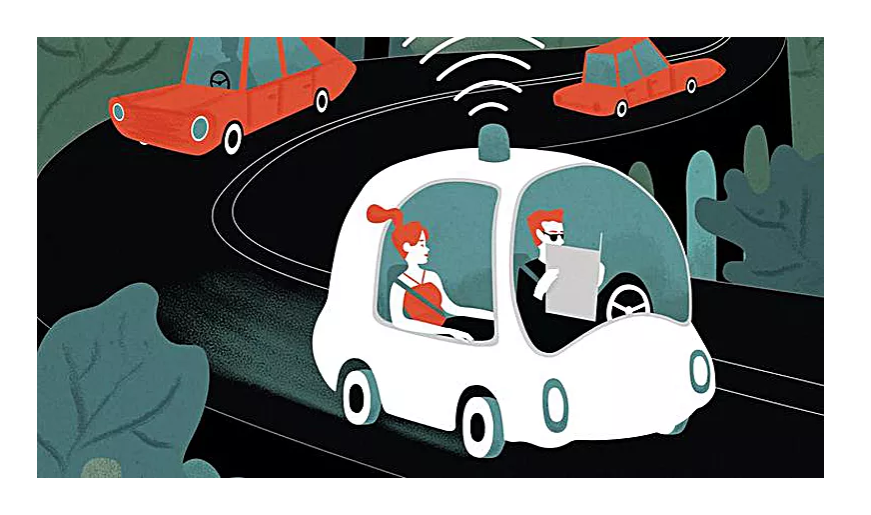 Apart from the benefits, there are many challenges which come with this modern technology:

• There is also an important factor regarding the customer safety of driverless cars in case of cheap hard wares.

• This further involves the implementation of the legal framework and government regulation for these cars.

• There are also privacy and security concerns like safety from hacker and terrorism. • The cars would rely on the collection of location and user information, creating major privacy concerns.

• Many issues like the risk of loss of driving-related jobs will also arise.

• There can also increase the level of suburbanization many of these issues are due to the fact that autonomous vehicles are allowing for the first time, computers to roam freely, with all the related safety and security concerns.

• If the car crashes, without a driver, who’s fault is it?

• Reading human road signs is challenging for a robot.

• As drivers become more and more used to not driving, their proficiency and experience will recede. Should they then need to drive under certain circumstances, there may be complications.

• The road system and infrastructure would likely need major enhancements for driverless vehicles to operate on them.

• Self  Driving cars could lead to an increase in terrorism as they will use this car for carrying explosives.

Hence, in the end, we can surely conclude that just like a coin has two sides, everything comes with its pros and cons. Autonomous cars have both positive and negative impact on society but safety is one of the major concerns. The government needs to take care of these above concerns before launching the complete autonomous car on the roads. Although these autonomous vehicles are an important need for the future. But without proper execution of anything will result in failure.