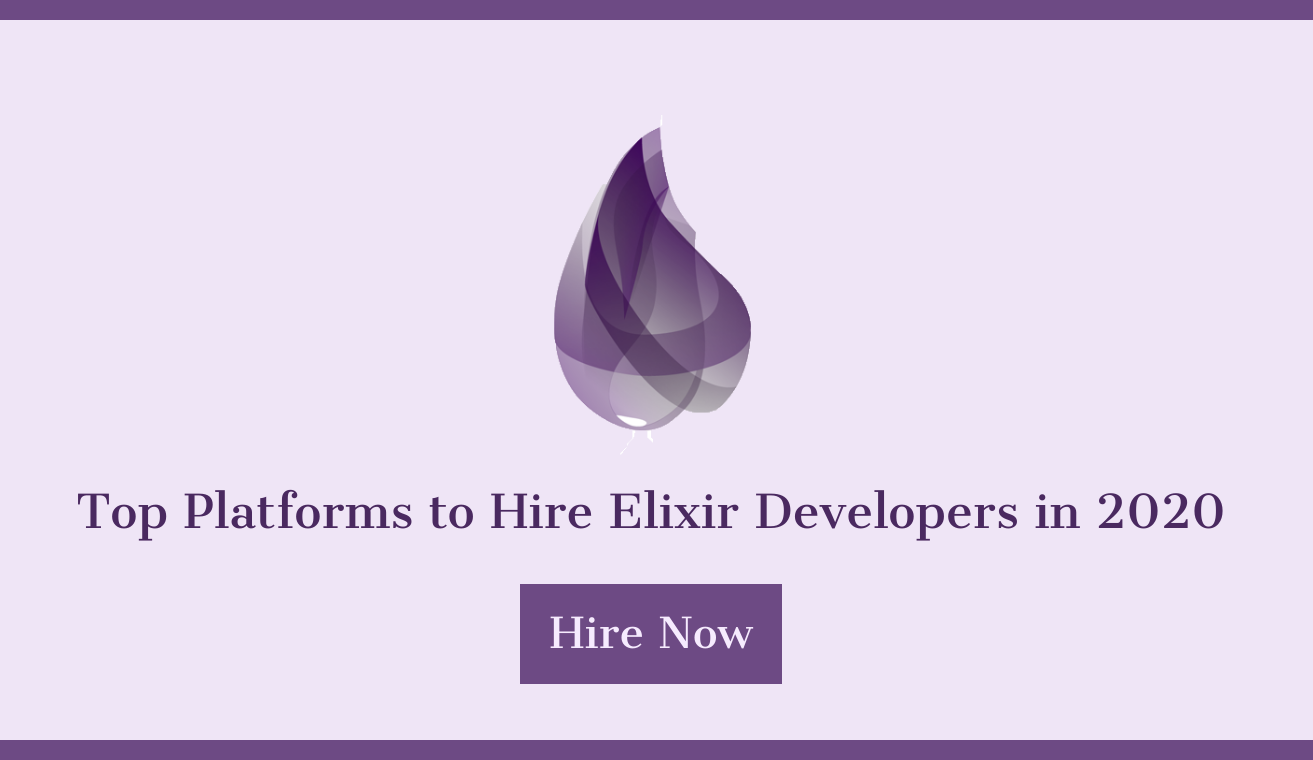 Finding the best talent on the internet can become a painful task, especially when you don’t know what exactly to look for and where. Similar to other common programming languages, there are special areas where Elixir works best, but the small number of experienced developers makes finding a capable person even more challenging, although there are platforms and agencies where you can find some of the best and most skilled Elixir developers for your powerful business idea. You can find plenty of talented developers who are eager to work on your next dream project, and regardless of the scale of the project, you can even hire not just one, but multiple Elixir developers if your project requires it.

Digitalogy is an on-demand talent sourcing platform where only the top 5% of the dev teams make it to the final pool after clearing a rigorous screening process, including thorough background checks to assure you get some of the best hands for your project. If you’re on the lookout to hire Elixir developers or Elixir development agencies within the shortest turnaround times, rest assured because Digitalogy got you covered with squads of expert Elixir developer agencies and solo freelancers.

1. Digitalogy is best suited to find the most skilled individual(contractors and freelancers) talent within North America, but outside of that, you’ll find yourself out of luck.

2. Existing in this market for only five years, they’re fairly new to the talent sourcing industry

Similar to Upwork Fiverr is also a popular place to find and hire an Elixir development agency as well as talented individual freelancers from all over the world spanning a majority of industries, at affordable per-project-based pricing. The way Fiverr works is that freelancers can list their services along with their prices, and the clients are free to find these services, and after going through the services, they can decide whether to buy their services or not. For organizations, they offer Fiverr Business, where businesses can quickly and confidently hire the best talent from a vetted selection of individuals for their time-restricted tasks and projects.

Picking the best talent from an enormous pool can be an extremely painful task, but what’s even more important is finding the perfect platform for it. To make things easier for you, we covered a handful of popular platforms in this write-up to help you find the right platform to hire Elixir developers and agencies. Platforms like these will always have a flaw here and there, but that shouldn’t discourage you from hiring freelancers for your projects. Taking precautionary measures such as carefully inspecting the profile, reviews, and the portfolio of the freelancers, conducting thorough interviews, and going over the terms and conditions of the portal should help you find the best talent sourcing platform at your desired budget. Good luck.