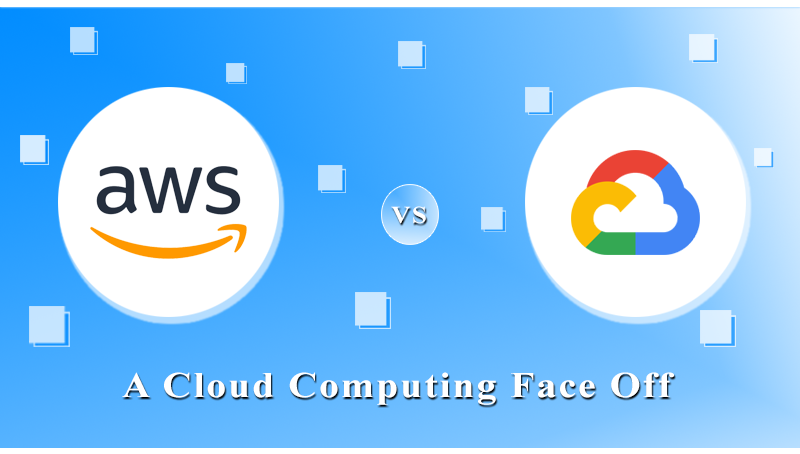 Cloud computing has drastically reformed the world of data analytics and technology. This article is going to talk about Google Cloud Platform and Amazon Web Services in detail. The two tech companies are known for their tremendous contribution to cloud computing technology will be pitted against each other; – GCP Vs AWS. These platforms have relieved the businesses of the hassles of installing huge servers and managing them and their backup and companies squabbling with USB cables and external drives. Let us have a look at the analysis of AWS and GCP and know which one is better for your business.

What is the Google Cloud Platform(GCP)? 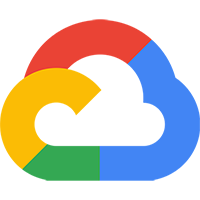 Google Cloud Platform(GCP) is a suite of cloud computing services offered by Google LLC. GCP came into being in 2008 offering various services ranging from computing, storage, networking and, cloud AI among many others. One thing that makes GCP unique is that it developed TensorFlow, free and open-source software used by most machine learning programs.

Important Features of GCP for 2021

Google Cloud Platform has altered its ways of managing and processing its data. Since its inception, GCP has tried its best to make it user-friendly, and that works seamlessly for various businesses. Similarly, GCP has launched new features for 2021 further enhancing cloud computing and data management. Let’s have a look at them –

Big Query Omni data is a multi-cloud analytics solution that offers users to analyze data across not only GCP but AWS without any privacy breach. In simpler terms, Big Query Omni allows businesses to query the data stored in GCP, AWS, or Microsoft Azure. It works on the principle of segregating compute from storage. In this way, businesses can store data on any platform and still use standard SQL queries to process their data.

Confidential VMs allows users to encrypt their confidential data while it is used. It is considered highly beneficial as users can encrypt without any changes to the coding or tampering with the product’s performance. Confidential VMs open other doors for the companies as executives and employees are free to collaborate and share data without any privacy concerns.

Google Cloud Platform has introduced stringent controls on data and locations concerning US Government. The feature allows officials to apply privacy controls and monitor who can access and process the official data.

C2C is a platform build to expedite the networking between customers and IT professionals, software developers, and cloud experts. The online community is developed with a vision of leveraging the power of a collective unit where consumers can interact, share and learn from other consumers and industry experts. The community provides access to online forums and seminars chaired by cloud professionals on business insights and analysis of customer data.

What is Amazon Web Services(AWS)? 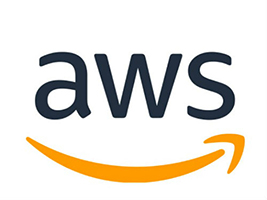 In 2005, Amazon ventured into a new business of providing cloud computing platforms called Amazon Web services. Since then, the company has provided its clients with servers, depending on their demand and scalability. For instance, if a business witnesses a huge jump on one server, AWS would provide more servers so that the company can manage online traffic seamlessly. Once it is done, AWS would release its servers to other businesses that are in need. In this way, AWS leverages companies with data management.

Important Features of AWS for 2021

Amazon was probably one of the first multinationals that got into the business of cloud computing in 2005. AWS is known for its consistency when it comes to data management. This is due to AWS’s constant software updates and the incorporation of new features. Let us have a look at what AWS has in store for businesses in 2021.

Publisher and Subscriber solutions expedite the process of collecting, uploading, and downloading data stored in AWS Data Exchange Dataset. It has automated the technical tasks of manually uploading or downloading dataset revisions.

AWS IoT SiteWise Monitor works seamlessly with AWS Cloud Formation offering users the benefit of availing of other services including portals and dashboards. This comes in handy as SiteWise Monitor allows businesses to draw quick insights regarding the product’s operations and its usage.

Amazon has widened its Work Doc Application to Androids allowing customers to share and access files remotely. Android Application expedites the workflows empowering employees to rename, delete, edit and create folders and add them to the Favorite List for easy access.

A Detailed Comparison Between Google Cloud VS AWS for 2021

Now that we have an overview of what GCP and AWS have in store for businesses in 2021, we must get into a detailed account to know which stands best for us- GCP or AWS. This article is going to conduct a comparative analysis between the two tech giants. For the GCP VS AWS face-off, this article is going to allude to multiple factors, ranging from market share, availability zones, open-source capabilities, services, pricing, free trials, and clients. 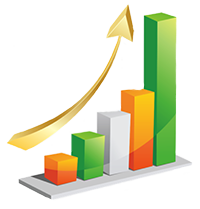 In this Google Cloud VS AWS face-off, AWS leads with a huge margin followed by Microsoft Azure and Google Cloud. Google Cloud Platform owns 7% of the market and has been growing since its inception in 2008. It is noteworthy that in 2010, Google decided to venture into the IAAS market, four years after AWS.

Amazon Web Services owns a whopping share of 31%. The stark difference between the two giants reflects that AWS had come into being in 2006, two years before the launch of GCP in the market. However, GCP has been growing at an exponential rate of 130%.

Google Cloud Network is available across 24 regions and 73 zones, touching the base of more than 200 countries. GCP seeks to expand its network in West Asia and Europe.

On the other hand, AWS, has its network spanned over 245 countries and territories, available in 77 zones. Amazon plans to add more network centers in Japan, India, Spain, and Switzerland. 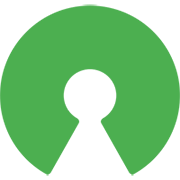 GCP has an upper edge when it comes to open source contribution. It is because of Google’s recent development of Tensor flow. Tensor Flow is used by most machine learning programs and by GCP’s competitors- AWS and Microsoft Azure. In addition to this, Google Cloud has collaborated with several open-source companies like DataStax, Redix Labs, Elastic, and InfluxData. Such collaborations provide users with seamless data flow and management.

However, this is not to imply that Amazon doesn’t have OSS-suited programs. Amazon’s EC2 IaaS monitors the networking and storage of data and operating systems.

In this cloud face-off, Amazon Web Services VS Google Cloud, it is imperative to draw a comparison between the services that the two tech giants offer. Both GCP and AWS are known for offering various services, whether it is related to storage, function, or networking. Let us have a look at each of them and know which one is more suitable for your business.

GCP and AWS offer similar storage services wherein users can store objects at different locations. Each set of information can be accessed through a unique code and subsequent properties. Both service providers offer block storage allowing businesses to include additional storage disks for smooth workflows.

In addition to this, GCP and AWS offer network storage, and disks connected via cloud networks. The maximum storage capacity offered in network-attached disks by GCP is 64 TB in opposition to AWS’s 16 TiB.

As mentioned, the two platforms are similar, but they take on different roads when it comes to image storage. GCP stores images on Compute engine and AWS stores them in the Amazon Elastics Book store (EBS) or Amazon Simple Storage Services allowing their users to access and publish their images online.

But there lies a catch, AWS images are geo-locked which means they are available at certain locations only while machine images on GCP are available globally.

GCP and AWS built-in systems ensure a smooth and secure flow of data across multiple regions. Load balancing is an important aspect of networking and both GCP and Amazon offer their services. Google’s product for load balancing is Cloud Load balancing and it is easy to use as it issues a common IP address and can be accessed from any region around the globe. Amazon’s load balancing service is called Elastic Load Balancing (ELB). It allows users to traffic data towards one or many zones at a given location.

Google Cloud Platform is one of the most cost-effective platforms offering a wide array of functions at no extra costs. In comparison to GCP, the Amazon Web Services pricing model is expensive as it charges customers on an hourly basis, even if the customer is using it for a couple of minutes (short of an hour). GCP charges customers according to their use. In addition to this, GCP offers cash savings and discounts on various network services.

When it comes to free trials, GCP leads with its feature- Free Tier and a 12-month free trial. Free Tier allows small businesses to run multiple queries at low costs for a couple of years. Also, GCP offers a credit of $300 and it can be used for any service available at GCP. Amazon provides a free trial of 12 months and has a distinguished price list for all product services.

While both GCP and AWS are equally efficient when it comes to data management and cloud computing multinationals have their favorites. The companies that have chosen Google Cloud Platform for their businesses include HSBC, Home Depot, Coca-Cola, Domino’s, Sony Music, and Spotify.

On the other hand, AWS is availed by BBC, ESPN, LinkedIn, Facebook, Twitch, Netflix among many others. Depending on the businesses’ structure and requirements, companies decide which cloud platform would be beneficial to them. This leads us to the end of this article and to our much-awaited question, which one is better than the other- GCP or AWS?

Who is the Winner- GCP or AWS?

It is hard to declare anyone as the clear winner. The suitability of any service provider depends on the business and its operations. As we see that AWS has a slightly upper edge over its competitors due to its long-standing presence in the market, and on the other hand GCP continues to grow at an exponential rate of 130%. Multiple features, user-friendly and cost-effective are some of the features that contribute to GCP’s successful stint in the market.

I hope by now you can figure out which one is going to be suitable for your business- AWS or Google Cloud.

Once you figure out which one would you utilize either GCP OR AWS for your business, a troublesome question will pop into your mind, from where would you get competent developers?

Well! In that case folks, I’ll strongly recommend you ‘Digitalogy’. For years  Digitalogy has been assisting various companies globally in finding the right vetted pre-screened software talent for developing their projects.

Since both AWS and GCP are unbeatable and are creating waves in the tech industry, you need to make sure that you hire the best of the best.

With Digitalogy, you’ll hire professional freelancers (US/Canada based only) or a team of developers as per your requirements.

The whole contact process is pretty simple; it starts with you describing your project to Digitalogy, then it handpicks the agency or a freelancer to work on your project because each project is unique and requires specific skills.

Following this, the development team and the client discuss exactly what needs to be done. Since all the members undergo a tough vetting procedure to qualify, don’t you worry a bit! You are in safe hands.

For your convenience, Digitalogy also provides 24*7 support throughout the journey so that you can solve the issues as soon as they arise.