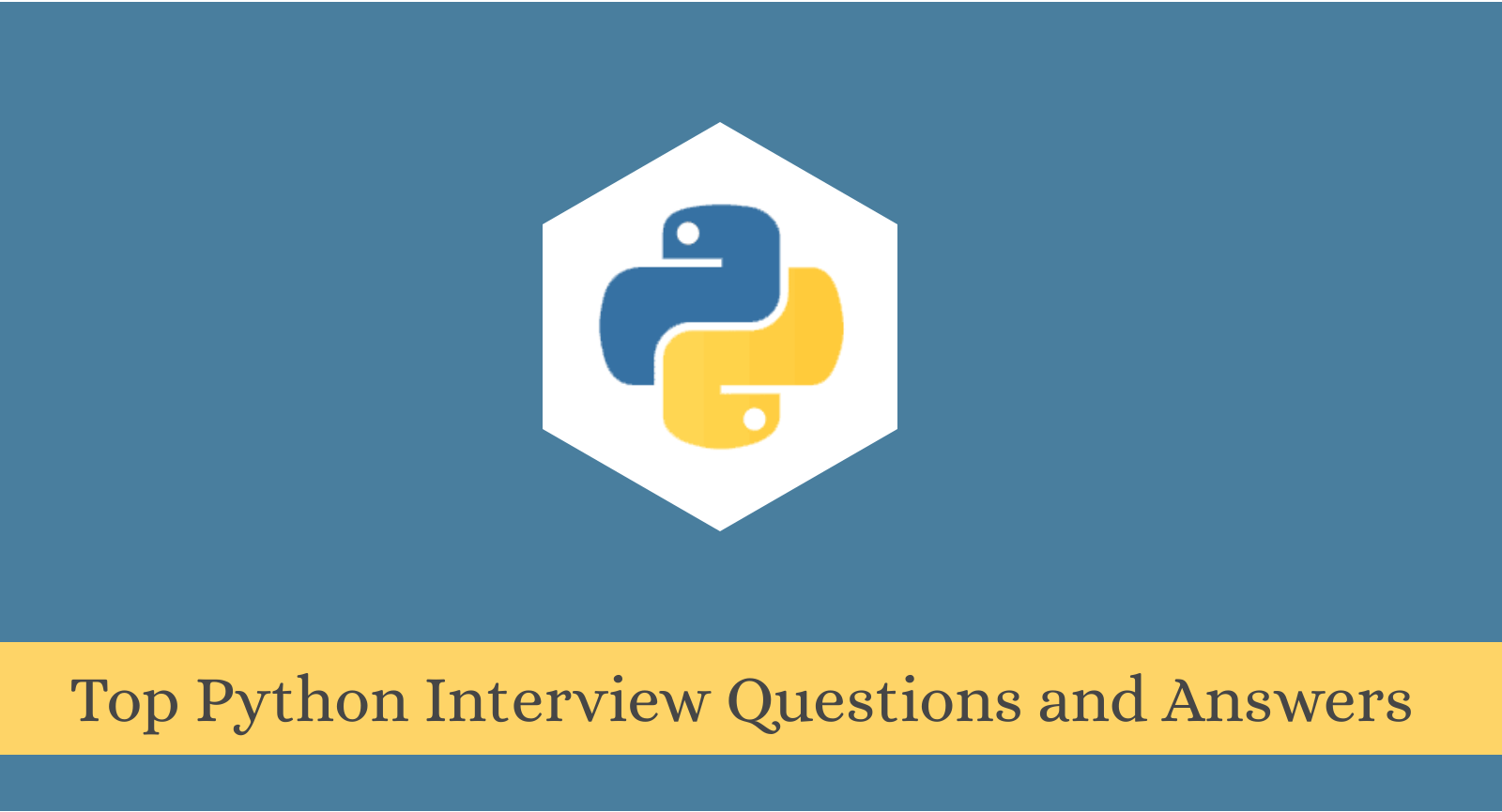 If you want to make a career in web or software development you need to have a strong understanding of the TRIO – HTML, CSS, and JavaScript. On the other hand, if you are determined to stand out from a big pool of applicants you need to learn additional programming languages, but the problem is that there are a plethora of programming languages in the market, then it becomes cumbersome to choose the one which will give high ROI (Return On Investment). This is where Python comes into play. Nowadays it is one of the most popularly used programming languages because of its ability to produce effective results. Python is in great demand and you’re gonna have to compete with thousands of applicants who possess the same knowledge of python as you to secure a job in any organization. In the next section, we will provide you a list of exhaustive python interview questions and answers for freshers that cover the core concepts, applications and, framework of Python.

If you’re a fresher eyeing a career in software development or if you’re an experienced professional just go through the list of python coding interview questions and answers as eventually, they will be of your immense help in cracking interviews.

These days, Python is one of the most broadly used programming languages. It was developed by Guido van Rossum and was released in 1991. It’s a general-purpose, interpreter, high level, interactive, object-oriented scripting language.

It consists of modules, objects, threads, and automatic memory management. It takes into consideration a plethora of programming paradigms, including structured, object-oriented, and functional programming. Python is often referred to as a “batteries included” language due to its large standard library.

Yes, it is a case-sensitive programming language.

It is primarily used in the domains of data science, artificial intelligence, and machine learning. It can function effectively on various platforms such as Linux, Macintosh, UNIX, and Windows. It can also easily be amalgamated with C++, C, COM, and ActiveX.

Various tools are available in python which helps in finding bugs. The most popular tools are- PyChecker and Pylint.

Read Out this too –

List Of The Top 25 Node.JS Interview Questions and Answers

Private heap space is responsible for managing python’s memory. It consists of all Python objects and data structures. The python interpreter takes care of this private heap space. Python’s in-built garbage collector makes memory available for private heap space by recycling and freeing up all the unused memory.

The comment refers to a piece of text in a computer application that is meant to explain the source code. In Python, the symbol # is used to comment on multiple lines.

A namespace in Python ensures that all the names used in a program are distinct. In Python, each package, module, class, function, and method function has its own “namespace”. Amusing facts about Python is that it executes namespaces as dictionaries. Some examples are – local namespace, Global namespace, and built-in namespace.

Operators are special symbols in Python. These are used to perform operations on different values and variables.

Different types of operators that are present in Python are as follows:-

These are used to perform mathematical operations.

These are used to assign values to operators.

These are used to compare two values.

These are used to combine conditional statements.

These are used to check if two values are located in some part of the memory.

These are used to ensure whether a value or a variable is present in a sequence.

These act on bits and perform bit by bit operation.

NumPy stands for Numerical Python while SciPy stands for Scientific Python. The main distinction is that NumPy is used for the manipulation of data in Python whereas SciPy refers to a collection of tools that aids the Python in integration, differentiation, etc.

Slicing is primarily concerned with returning the value of sub-string from the main string. It consists of a start, stops, and step value.

Python dictionaries can often be referred to as the cluster of unordered items and they are mutable. They comprise of keys and values separated by a : (colon).

Negative indexing enables you to index a list or tuple from the end rather than from the start. It is more effective and efficient and increases readability.

Both are built-in functions of Python and are used to create a list of integers within a specified range. Range returns a python list object whereas Xrange returns the generator object.

Generator function enables you to call a function that acts as an iterator. The function allows programmers to create an iterator effectively and efficiently.

Python handles loops using FOR loop whereas other programming languages use WHILE loop feature to handle loops.

• PYTHONCASEOK: It is primarily utilized to find the first case-insensitive match in the import statement

• PYTHONPATH: It aids the interpreter to locate the module files imported in the program.

• PYTHONSTARTUP: It constitutes the path of the Initialization file ]which in turn contains the source code.

‘#’ function is used to comment out the selected portion. It will not be interpreted by Python. If you use ‘#’ before any code it will not get displayed at the time of output.

The term monkey patching refers to the system of swapping methods to make modifications in a module, library, or class. It modifies other codes at run time ( mostly at startup).

Python is an extensive domain and it’s a necessity to stay updated about it. By listing out 30 python interview questions and answers for freshers we aimed at covering the questions which are mostly asked during interviews about Python. This will aid you immensely if you are a fresher in the industry.

We earnestly hope that this article will be of great benefit while preparing for interviews.