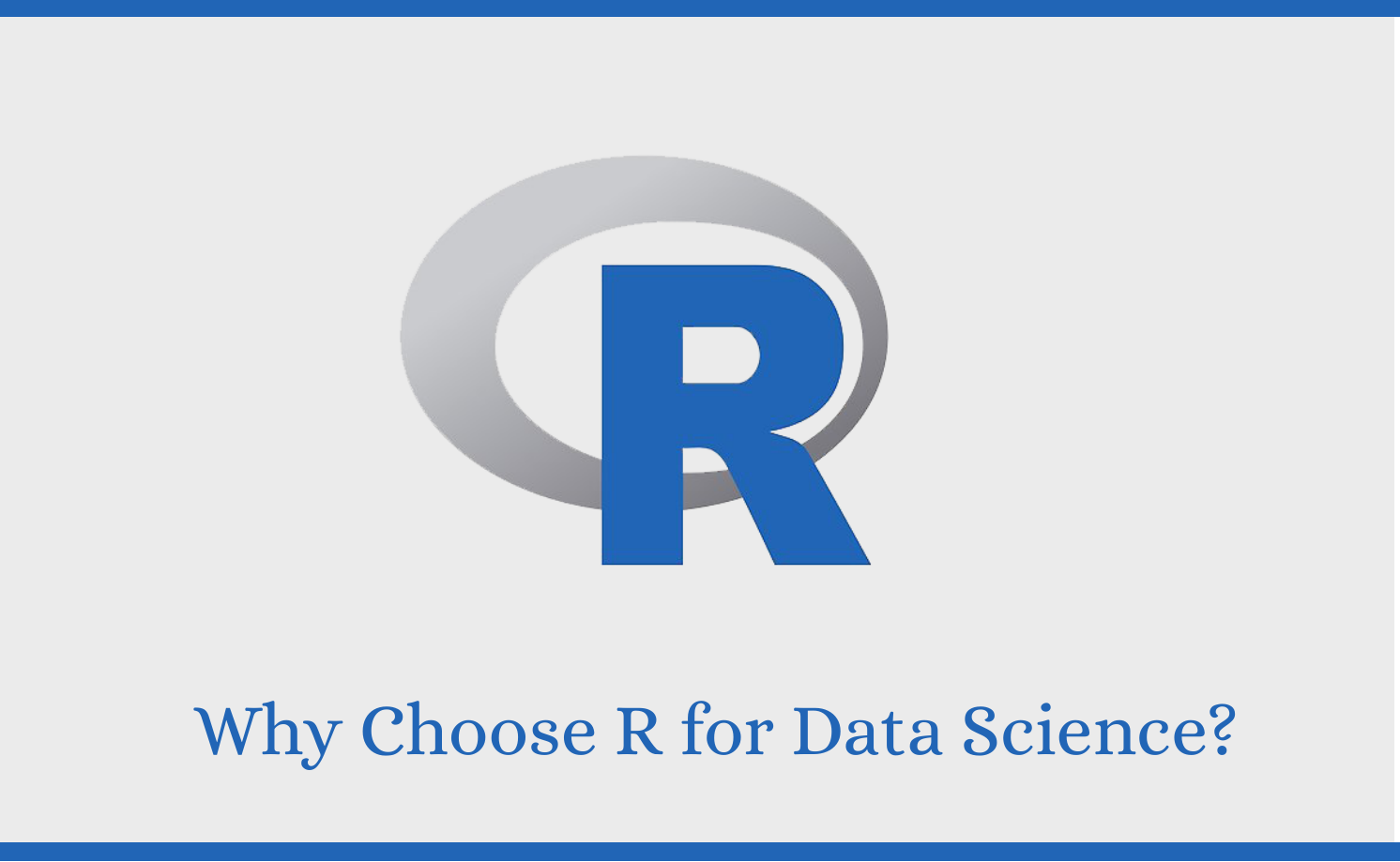 The accelerated increase in the innovations in Artificial Intelligence has led to several new domains such as Data Science, Machine Learning, Deep Learning, Computer Vision, Natural Language Processing, Advanced Analytics, and several others.

Each of these branches of Artificial Intelligence relies solely on gathered data for analysis and generating usable information. Increased amounts of data led to the introduction of reliable tools for data processing, management, and visualization, and with it came newer job opportunities. This led to an increasing number of people looking to upskill themselves with R for Data Science, making R one of the most excellent programming languages of choice for data analysis.

R is a programming language developed by Ross Ihaka and Robert Gentleman, whose first usable beta version was launched back in 2000. R is an excellent programming language when it comes to advanced statistical and graphical modeling and is a powerful tool for data visualization along with time series analysis, classification, clustering, and more.

Statisticians and Data Miners looking to understand large volumes of data often pick R for Data Science projects due to its efficiency. R comes fully equipped with a variety of graphical libraries, including superb extensibility with other languages, and also includes a great online community.

Some of the Top R libraries for Data Science –

R is a very competent programming language, including several highlights explaining why you should learn R for Data Science. Below are a few of these features explained briefly:

Being open-sourced enables anyone to access, modify and share the source code and libraries without any restrictions.

Libraries like ggplot2, plotly, dplyr, and tidyr provide some of the best-in-class data visualizations that are aesthetic yet insightful.

Open-source nature allows for modifications in several libraries, even allowing the creation of new ones to suit the need. Nonetheless, R carries a vast collection of libraries.

R comes with an active and welcoming community for people of all skill levels, whereas boot camps and workshops encourage cooperative behavior.

If Statistics is your thing, you’ll have a smooth time understanding and working with R as it was designed to facilitate statisticians, making R programming for Data Science smoother. 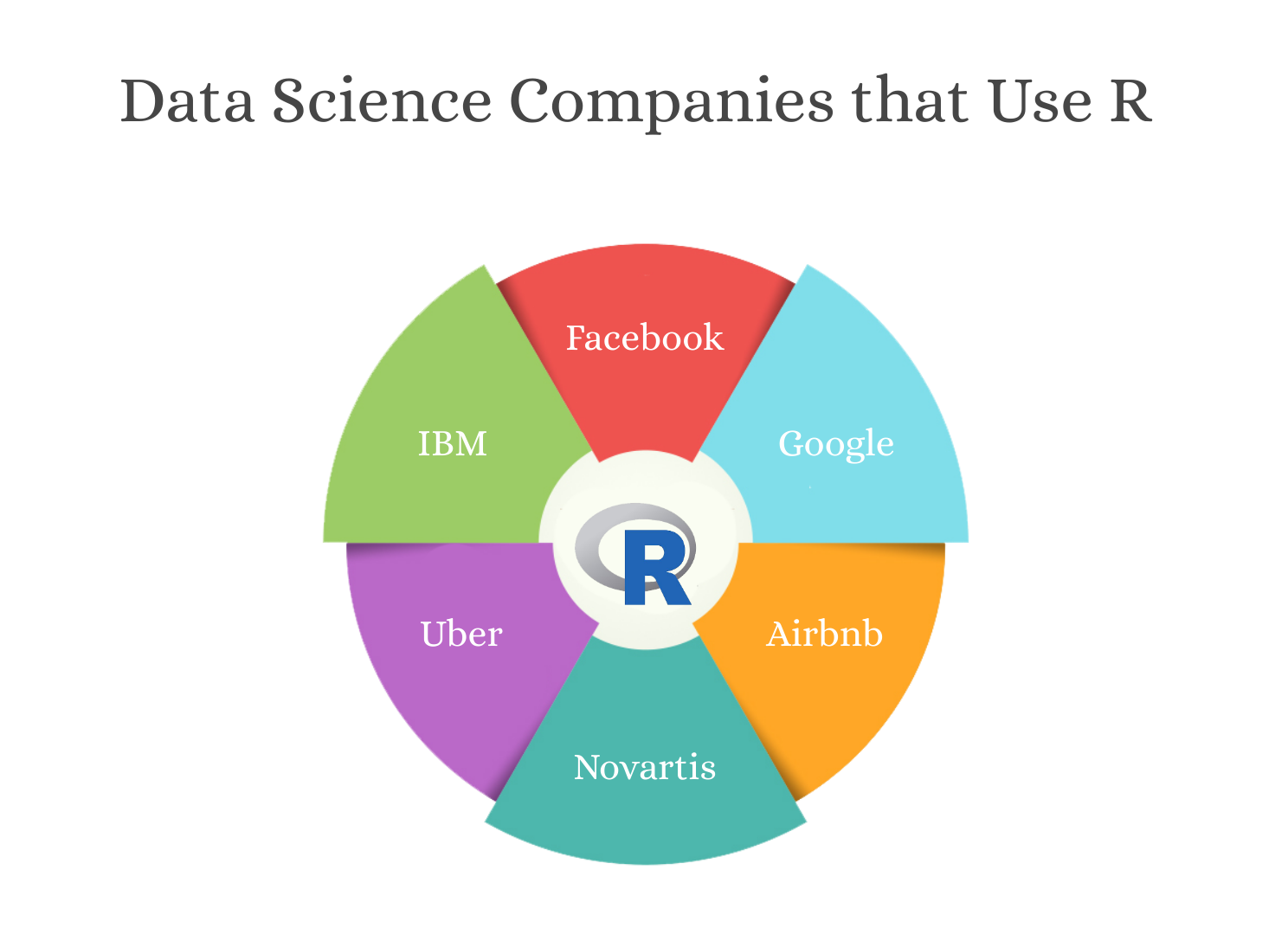 Why choose R for Data Science?

In this section, we will review a couple of reasons that further consolidate the reasons to learn R for Data Science and why it is one of the best options for some serious number crunching and data representation.

The Tidyverse is a vast collection of R packages that significantly eased the steep learning curve presented by R programming for Data Science. Developed by Hadley Wickham and his team, the idea behind developing Tidyverse was to have a consistent and structural programming interface that shared their vision of unified underlying design philosophy, grammar, and data structures.

The primary packages included in the Tidyverse collection are ggplot2, dplyr, tidyr, readr, purrr, tibble, stringr, and forcats along with several other specialized packages such as feather, modelr, broom, rvest, jsonlite, and xml2, to name a few, for specific analyses.

These packages enable a wide range of functionalities such as data manipulation, visualization, importing, tidying, functional programming, and many more.

Tidyverse’s core packages have consistently been the most often used package by the community and make up for the 5 of the 10 top downloaded packages in R for Data Science.

The entirety of Data Science deals with the process of gathering the data, cleaning it, managing it, and deriving useful information from the data by using several techniques and algorithms available in hand. A very critical part of this process is getting the data in the right form so that it could be processed. Data Wrangling is the sub-process that deals with gathering the appropriate data and transforming it into a usable form.

Some of the packages perfect for Data Wrangling include dplyr, purrr, readxl, datapasta, jsonlite, and tidyr, to name a few, allow for data exploration and transformation, while some help in efficiently reading data off several file formats.

Visual representation of the data is one of the key takeaways of the R programming language as it was built for the exact purpose. Data visualization is one of the primary steps in the process of data analysis, and R makes the activity practically effortless.

With the visualization being the primary focus, R comes with several packages that serve the purpose and even offer advanced analysis and representation options. Some of these packages are ggplot2, lattice, highcharter, leaflet, dygraphs, sunburstR, and RGL, including a few others.

Another aspect of Data Visualization involves creating reports from our analyses, and for this, RMarkdown comes into play. By enabling the smooth creation of concise reports based on your data, RMarkdown brings the intuitive charts and graphs into a more presentable document format commonly preferred by businesses and corporates when paired with htmlwidgets, shiny package, flexdashboard package or the bookdown package.

R comes with an enormous collection of libraries for various topics such as Data Science, Machine Learning, Statistics, Econometrics, Finance, Management, and other fields where business analytics are crucial. Implementing R for Data Science becomes significantly simplified with these packages in hand when it comes to very specific problems and uses cases.

A few of the use cases and the relevant packages related to it in R programming language are mentioned below:

Mentioned above are just a handful of packages, to give you a crude idea of the enormity of the list of packages and the diversity of domains the R programming language caters.

R focuses on visualizing quantitative data using a variety of techniques, and packages, this makes it one of the most used programming languages for research by scholars and researchers. People studying Statistics, in particular, are considerably involved with the advancements in the programming language as their increasing needs helped shape R to cater to their growing needs.

This improvement works both ways, for R, it improves significantly, and for its users, they get better at statistics. R is also an incredibly handy tool for analyzing data, and the numerous packages available for R make the task at hand a lot more manageable than ever.

Every programming language comes with its community, but what separates the decent ones from one of the best is how healthy and encouraging the developer community is. Luckily, R comes with a remarkably helpful community where help is just a few clicks away, and new problems are often tackled collectively. This spells good news for newbies who have just stepped into the world of R and are eager to learn but are unaware of how the community is. In case you’re curious, having a healthy community does play a vital role in the adoption of any programming language.

Meanwhile, being open-source adds to the high availability and adoption of the R programming language in a multitude of projects. All improvements and developments in R happen at a rapid pace, thanks to its open-source nature and the contributions from the community. The availability of a vast collection of helpful resources makes for a compelling entry point into the world of R.

Some Useful Books for R –

The points mentioned above are just a few of the many compelling reasons to use R for Data Science as R functions exceptionally well for data visualization and data analysis. Furthermore, R and Data Science makes for a perfect combination when it comes to visualizing a vast amount of data in a short period of time. After all, Data Scientists are one of the most sought out job profiles in the industry right now, and what good would be a Data Scientist without the right set of tools?